The UK government has responded to pressure from the Board of Deputies of British Jews and the Conservative Friends of Israel by listing Israel and occupied Jerusalem together as one country in its weekly update to COVID-19 related travel corridors.

Yesterday the Board condemned the Foreign Commonwealth and Development Office (FCDO) in a tweet which contained a screenshot of the revised FCDO list that had made a clear distinction between the status of Israel and Jerusalem by including the two territories on its list as separate countries.

Though the list was in line with US foreign policy, the Board, which over the years has adopted the hard-line positions of the Israeli far-right towards the Palestinians, slammed the UK Foreign Office.  “Absolutely inappropriate to list ‘Jerusalem’ as a separate country. We have taken this up with ⁦@FCDOGovUK⁩ this morning & they are urgently reviewing it” said the Board in its tweet.

Members of the Conservative Friends of Israel (CFI) Stephen Crabb and Eric Pickles and President Lord Polak also urged the government to make an immediate correction to the advice about Jerusalem.

“The announcement of a travel corridor with Israel is excellent news. However, the FCDO’s decision to define Jerusalem as a territory separate from Israel is offensive and hostile,” CFI is reported saying in the Times of Israel.

“Jerusalem is the capital of Israel. To describe Jerusalem as anything other than an integral part of Israel is a fiction divorced from reality and the travel advice must be immediately corrected”.

Following the complaint, the FCDO published a revised list which had Israel and Jerusalem down as the same country, even though there has been no change in the UK’s position over Jerusalem.

“The position of the UK government has remained constant since April 1950” the FCDO says on its website. “We recognize Israel’s de facto authority over West Jerusalem. In line with Security Council Resolution 242 (1967) and subsequent Council resolutions, we regard East Jerusalem as under Israeli occupation”.

MEMO has asked the FCDO to explain its reason for listing Israel and Jerusalem as the same country when hours before it had made a distinction between the two territories in line with its long-held position that East Jerusalem is occupied territory. No response has been received at the time of publication. 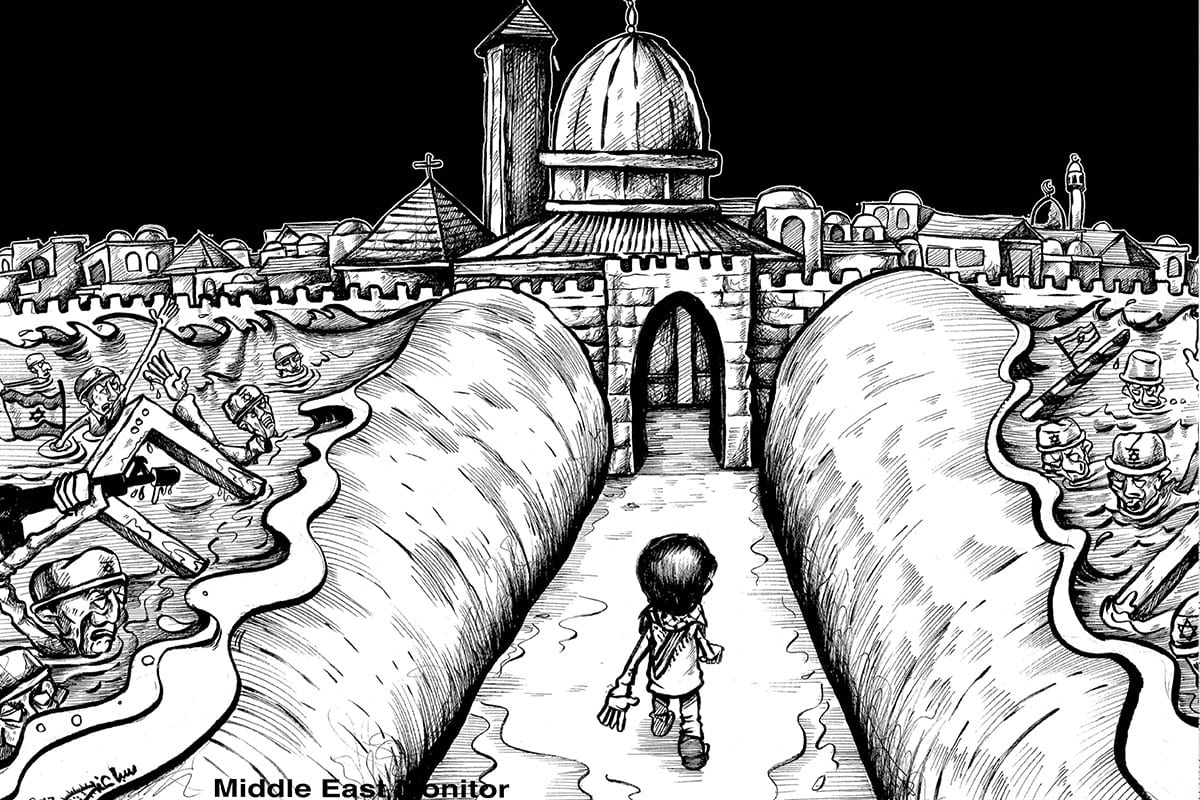 Partition of Jerusalem? Let my people in! – Cartoon [Sabaaneh]